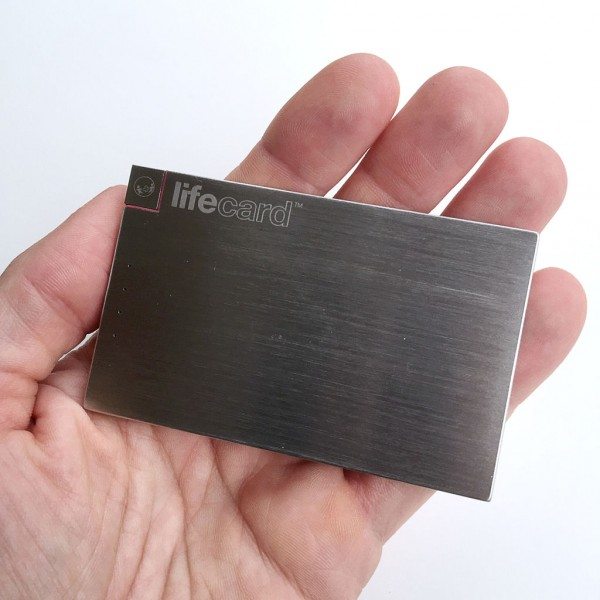 Our mobile devices need juice, yes? I’m talking power, amps. The answer to that is of course, YES. As a result, portable power solutions have become quite popular. I’d been thinking about going on the hunt for a small battery to top off my iPhone 6 Plus when I travel or can’t be near an outlet for extended periods. Enter: LifeCard by PlusUs. It’s a small (very), portable rechargeable battery that can be used to give your smartphone a top-off when you really need it. Let’s check it out. Gadget on!

Per PlusUs, the specs for the LifeCard are as follows: 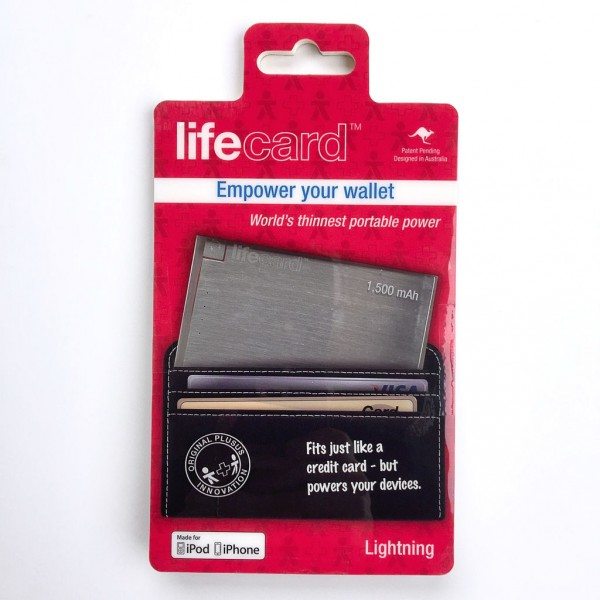 The packaging is interesting.  It has a transparent window that shows the actual LifeCard through it, but if you just glance at the package, you might think it has a photograph of the product on the front. 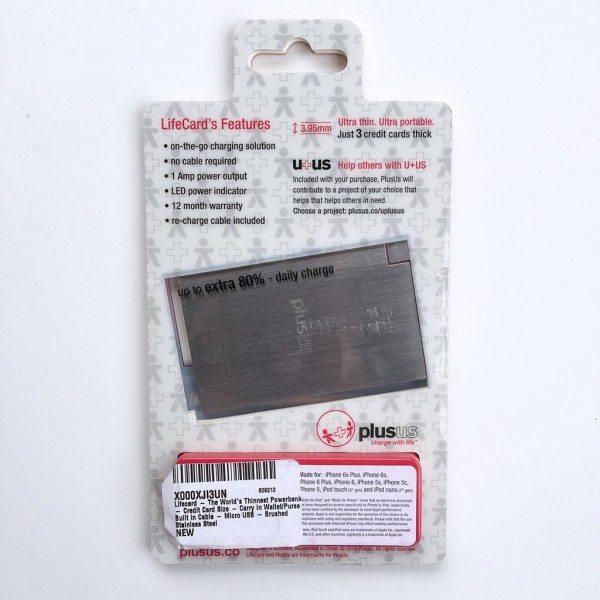 The transparent window present on the front and back, so the back of the LifeCard can be viewed as well. 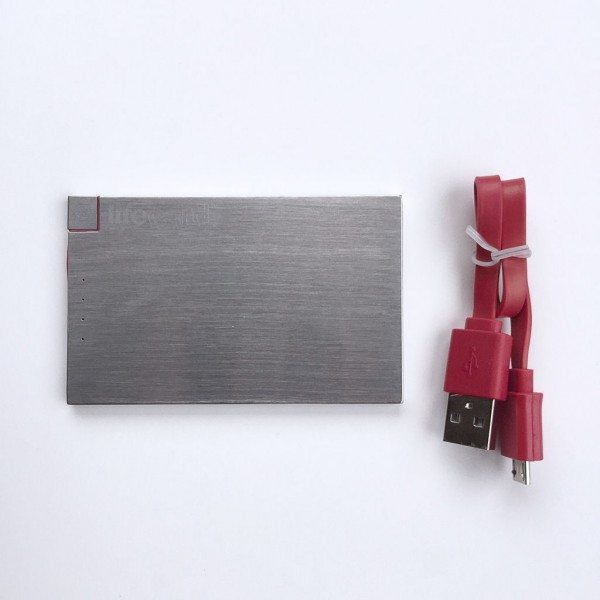 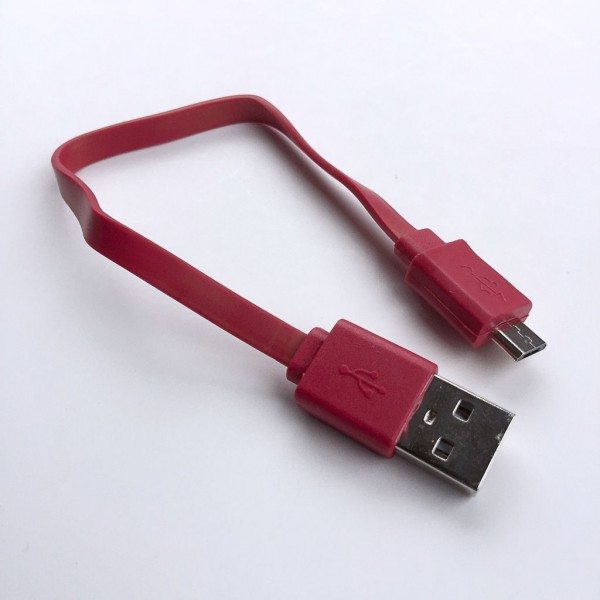 The recharging cable is about four inches long, and is a flat, ribbon-type USB to micro USB connection. 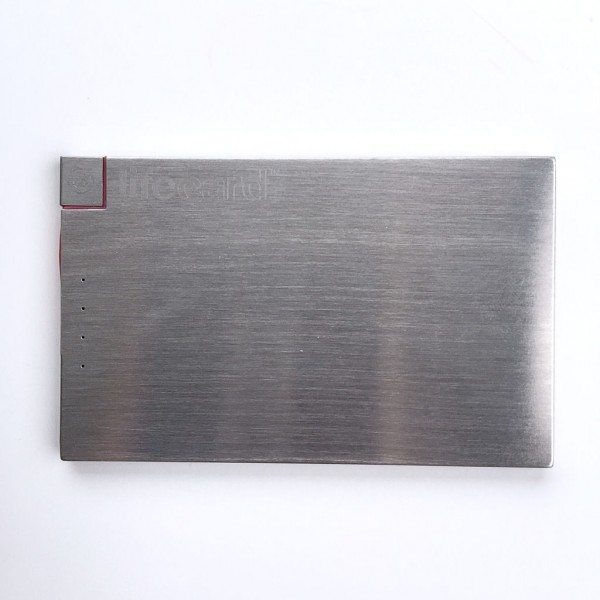 Above is a photo of the front of the LifeCard.  I think it has a slick appearance, with its brushed stainless steel case and etched logo and other markings.  However, this stainless steel does show fingerprints.  They are quick and easy to wipe off, but they seem to be nearly omni-present. 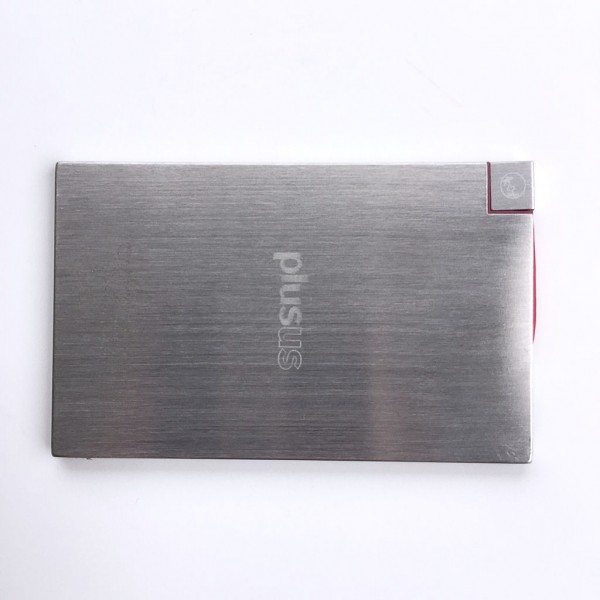 Above is a photo of the rear of the LifeCard.  It looks similar to the front, with the brushed stainless steel, understated logo and risk of fingerprints. 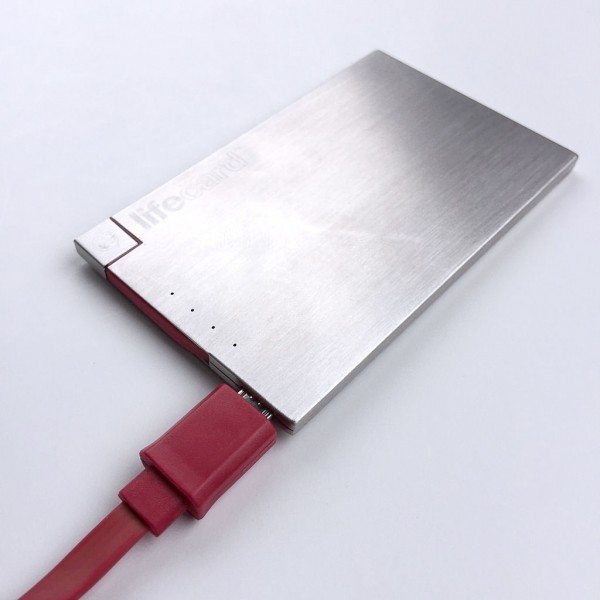 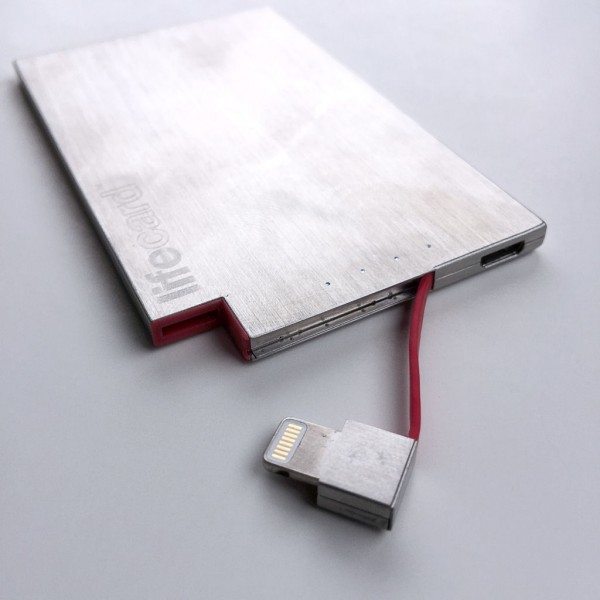 Above is a photo of the Lightning charging cable deployed from the LifeCard.  It stores by plugging into the corner of the LifeCard into a soft plastic socket that hold it quite well, and it slides in and out easily.  Also visible in the view above are some of the fingerprints that I’ve been describing. 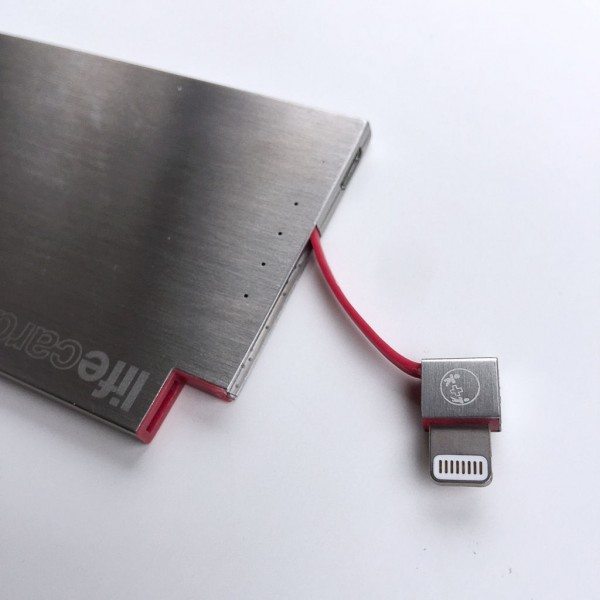 The LifeCard really is quite small and thin, fitting easily into the palm of your hand. 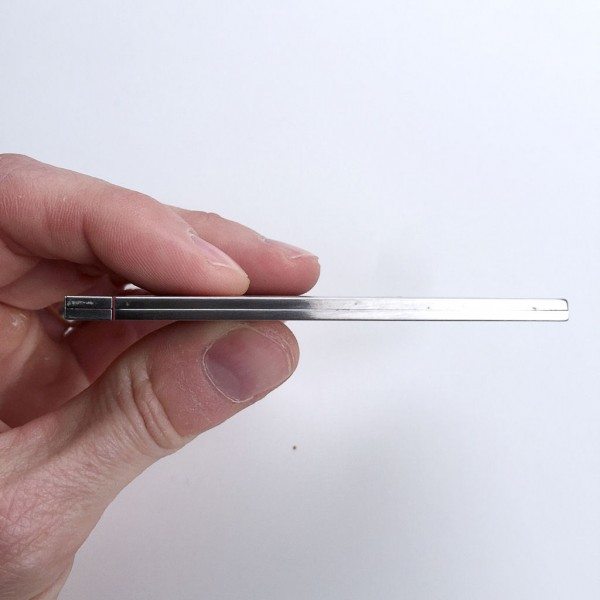 LifeCard is actually amazingly thin, only a few millimeters thick as seen in the image above, about the thickness of 3 to 5 credit cards. 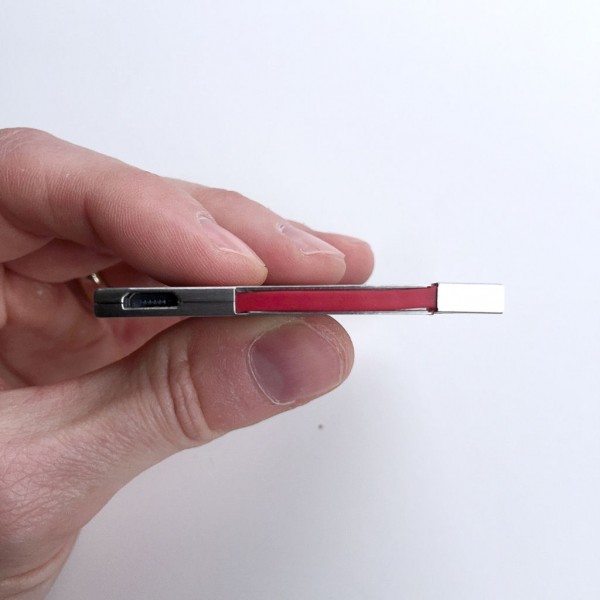 Above is a photo of the Lightning connector tucked into the edge of the LifeCard. 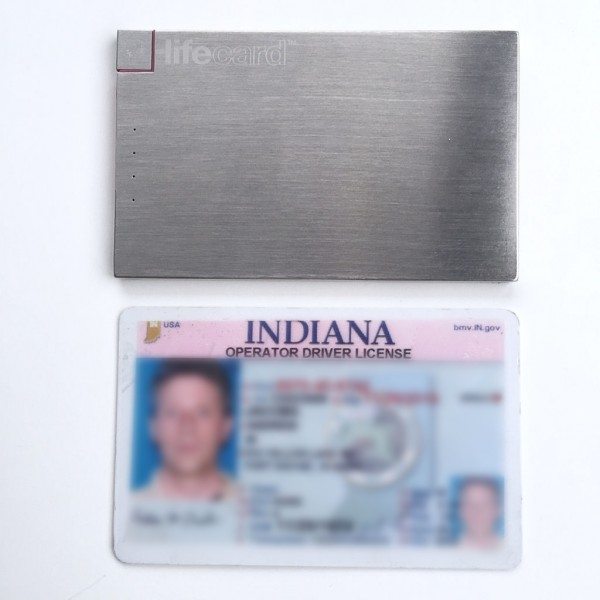 LifeCard is actually roughly the footprint of a credit card, seen above compared to my driver’s licence.  With LifeCard’s dimensions, it could fairly easily be stored in your wallet and carried it with you, as part of your EDC, for travel or just about anywhere.  However, I tend to favor small, thin, minimalist wallets, so LifeCard wouldn’t fit in mine.

Now, how about LifeCard’s performance?  PlusUs touts “Charge up to 80% of an iphone 5s and up to 65% of an iphone 6 and 40% of an iPhone 6 Plus,” and I think that’s about right.  I used the LifeCard to charge my iPhone 6 Plus multiple times.  I think the best I ever got out of it was maybe 30-40% of the iPhone’s charge before the LifeCard was drained and I had to recharge it.  It seemed decent for a minor top-off, but that’s about it.  On the other hand, keep in mind that the LifeCard is quite small and thin.  Smaller battery means smaller amount of charge from it.

Source: The sample for this review was provided by PlusUs. Please visit their site for more info and Amazon to order.