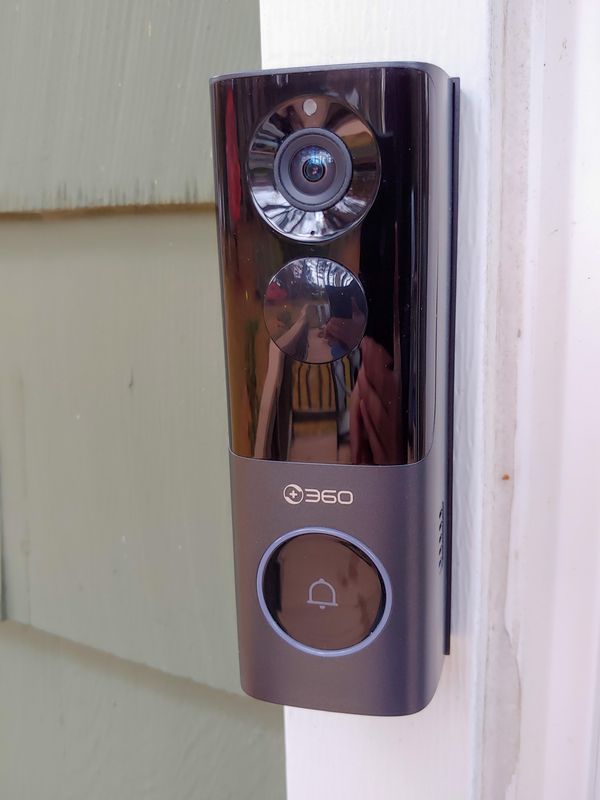 REVIEW – The 360 Video Doorbell X3 is a competitor to the market-leading Ring video doorbell. It offers enhancements to many of the features of the existing Ring doorbell and also has a radar sensor to track the distance and trajectory of objects. I have one to review. Read on to see what I think!

The 360 Video Doorbell X3 is a combination camera, passive infrared sensor, radar sensor, doorbell and two-way intercom. The device can be powered by an external 24VAC supply, an internal battery, or a clip-on extended battery.  After paring the doorbell with the chime base and with the mobile app the user can take advantage of several features of the camera.  The camera can be used to detect people who approach the camera location, identify individuals who approach, and alert the mobile app user that a visitor has arrived. The image detection software can also identify packages when they are dropped off or when they are picked up, as well as sound a siren and alert the mobile app user if the camera is being tampered with.  The 5MP recording produces a sharp HDR color picture during the day and a detailed B&W image at night (enhanced by built-in infrared LEDs). 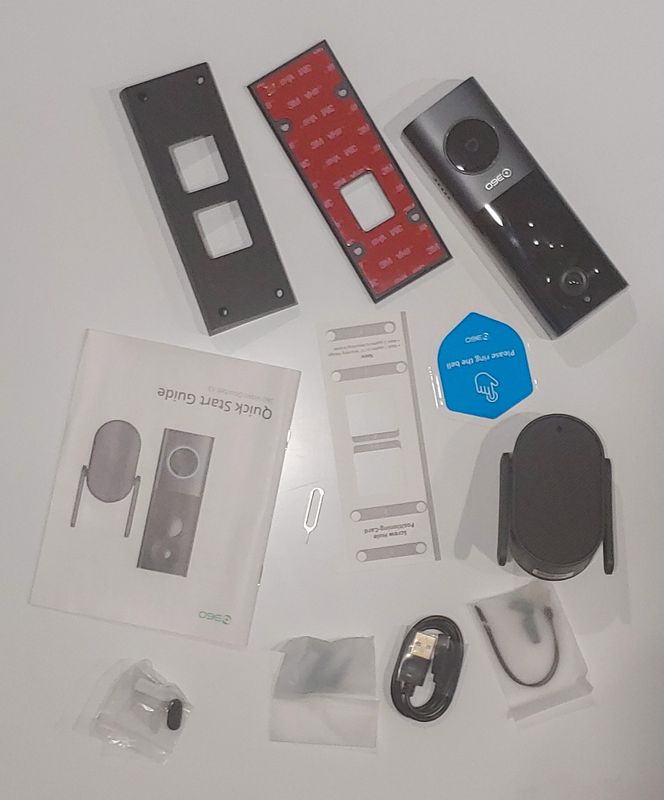 The 360 Video Doorbell X3 comes in a full-color sleeve with a picture of the product in front and details about the package contents, app capabilities, and hardware capabilities on the other sides. The inside box is a formed laminated box with a magnetic closure. Inside the contents are nicely displayed in a plastic tray. Small pieces like the spare USB weather-resistant cover and screws are nicely packaged in a separate box and all flat items are packaged in a white envelope. The outside package conveys rich features while the inside case conveys a quality product. 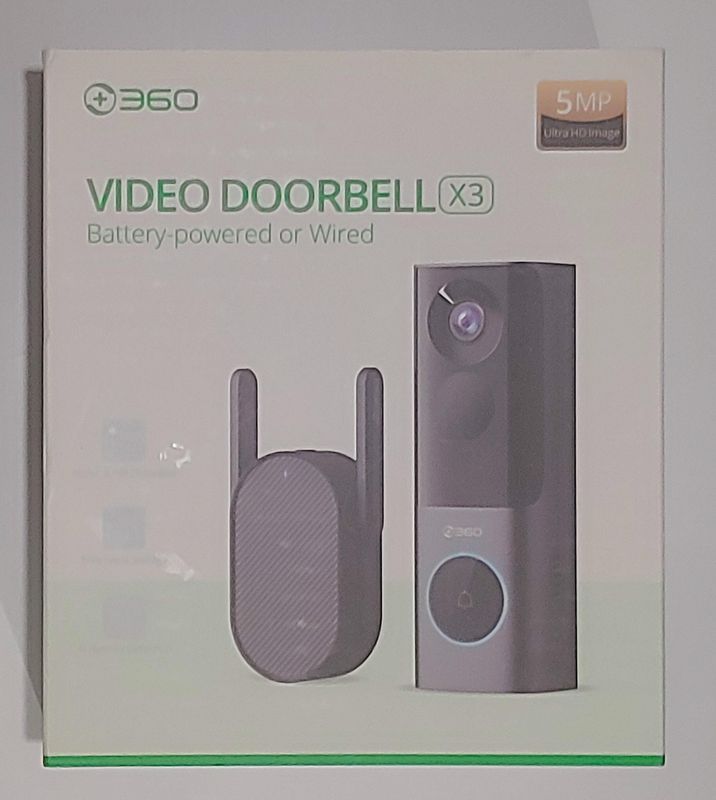 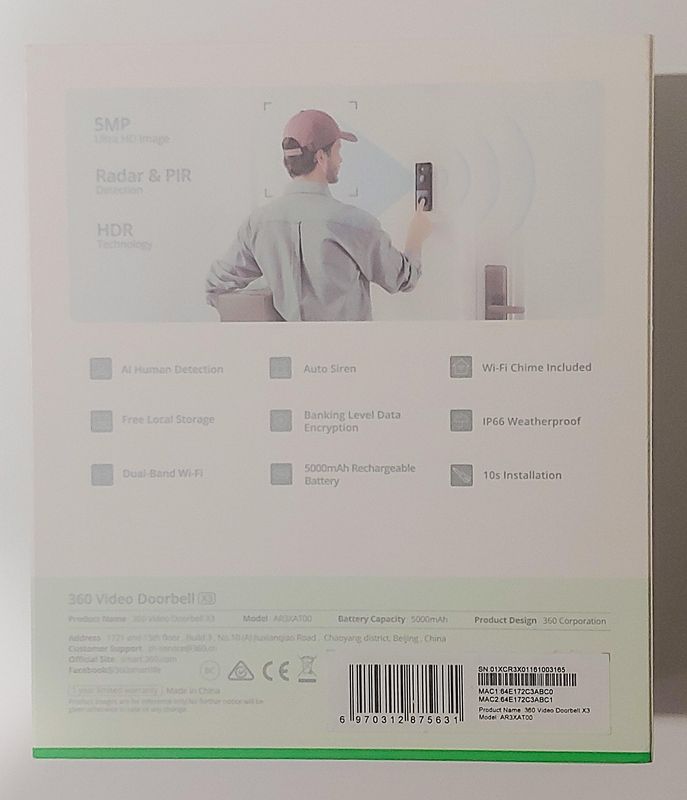 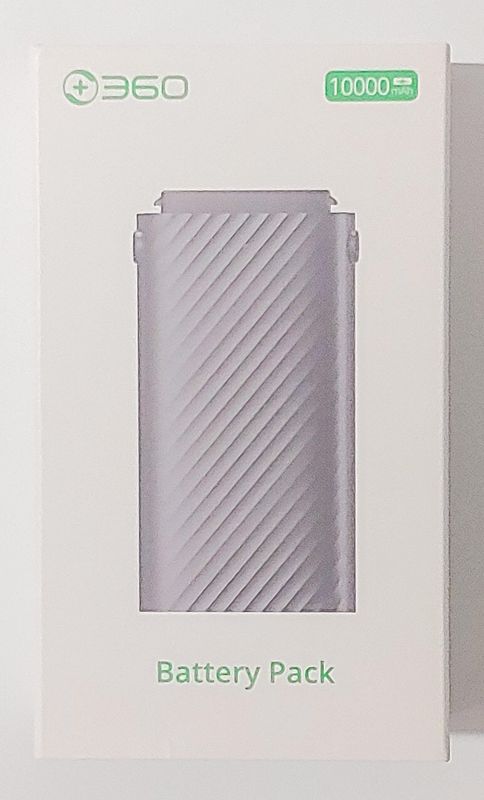 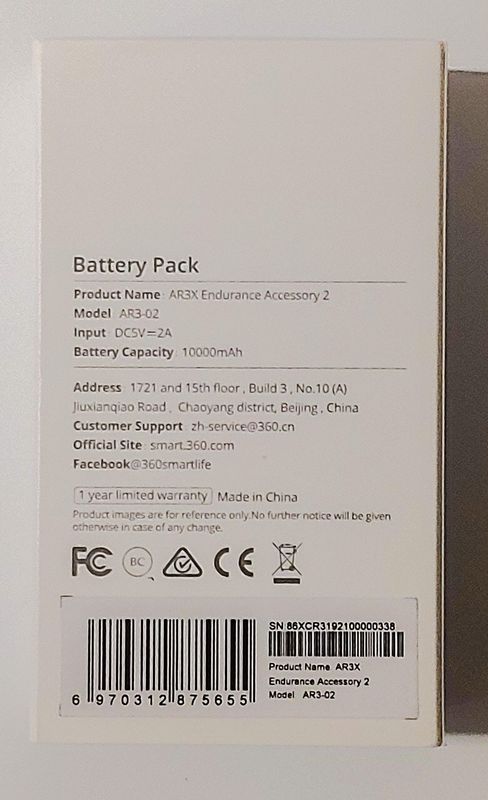 The quick start guide provides instructions for physically mounting the doorbell prior to setting up the app and internet connectivity, but if these steps are reversed then the image that the doorbell transmits can be sued as a guide for where to set it up. The app setup is straightforward and similar to other devices that use the mobile phone as an access point (AP) to set up Wi-Fi peripherals. The Botslab app on Google Play or Apple Apps Store is what is used to set up and ultimately interface with the doorbell. An account email or phone that can accept a one-time code is required to use the app.

Once the system is set up, a live feed from the camera can be viewed. From this is it possible to set up the location of the doorbell. Obviously, the button should be where a typical doorbell is accessible. The quick guide suggests that the button be mounted 48″ from the ground to provide the most detail of the oncoming person and to provide the best location of the doorbell button. The guide also suggests that the doorbell not be mounted adjacent to a wall if the nighttime video is going to be used since the adjacent wall may create a glaring white light on the recorded video. It is recommended that the daytime and nighttime video be evaluated before that doorbell is mounted in the permanent location.

The 360 Video Doorbell X3 is a modern looking device. The doorbell is rectangular with sloping sides and rounded corners on the front, but a flat top and bottom. The top two thirds of the front of the doorbell is covered in glossy black plastic.  Mounted within the glossy black plastic is the ambient light sensor, the 5MP camera lens, the microphone, the radar dome, and the passive infrared sensor (this is not visible from the front). The bottom third of the doorbell is the button to ring the doorbell. It has an icon of a bell stamped on it and is also glossy black plastic. The button is surrounded by a multicolor LED that blinks red when the firmware is upgrading, is lit red when charging, lit green when fully charged, and blue at all other times. Between the button and the glossy black top half is the 360 logo in silver. The right side of the doorbell, from the front, has a grill that is the speaker for the intercom. The intercom is bidirectional and the speech is clear and load in both directions.

The rear of the doorbell has a power button, a charging port, two contacts for an 8-24 VAC connection, and a product label.

The bottom of the doorbell has ports for a spare battery. 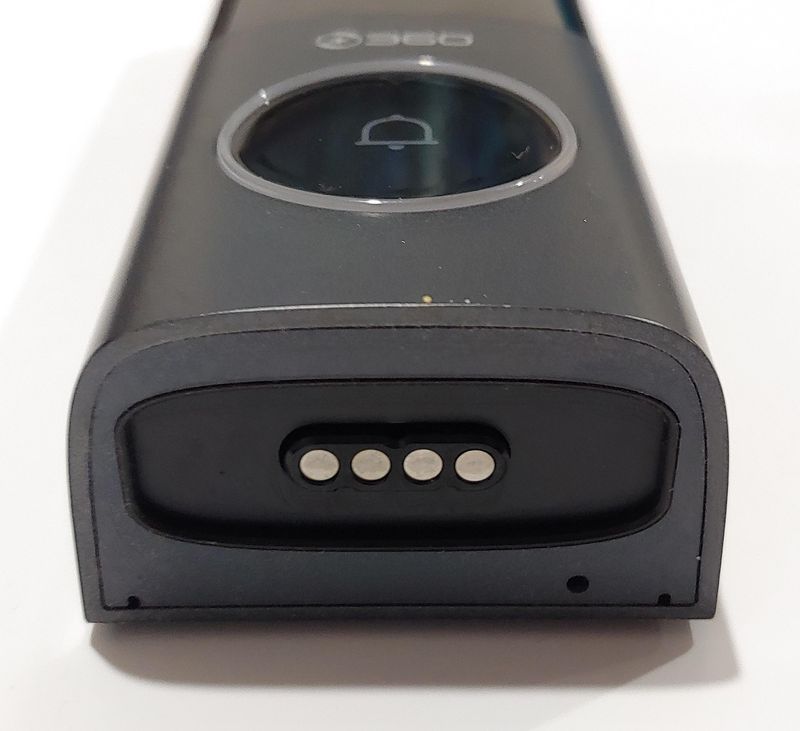 The spare battery has a scalloped face going from the top right to the bottom left. An LED is at the top front to indicate charging when it is red and fully charged when it is blue. 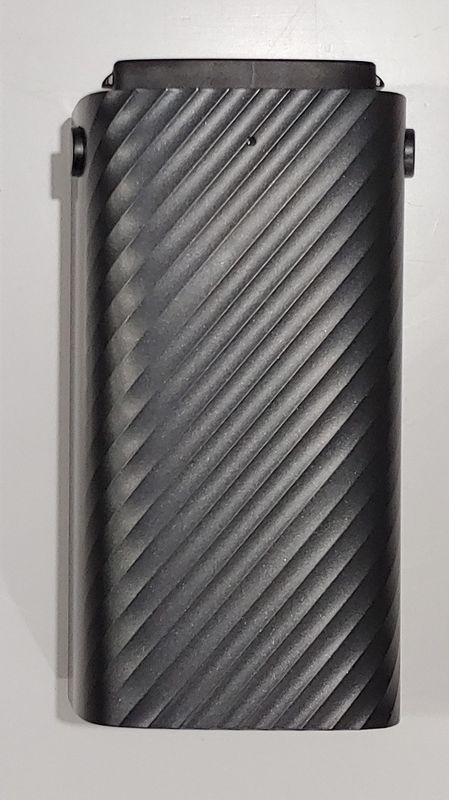 A button on each side must be pressed simultaneously for the battery pack to be removed. 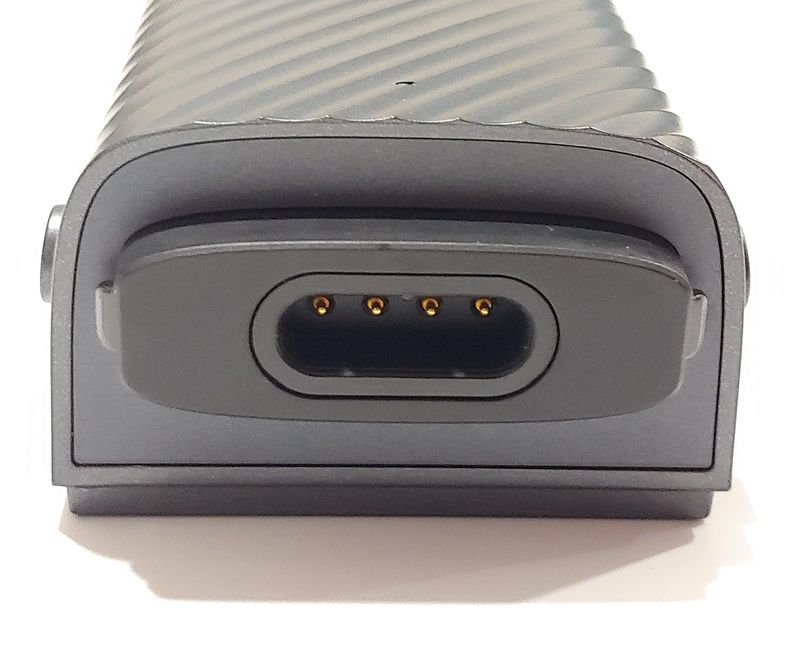 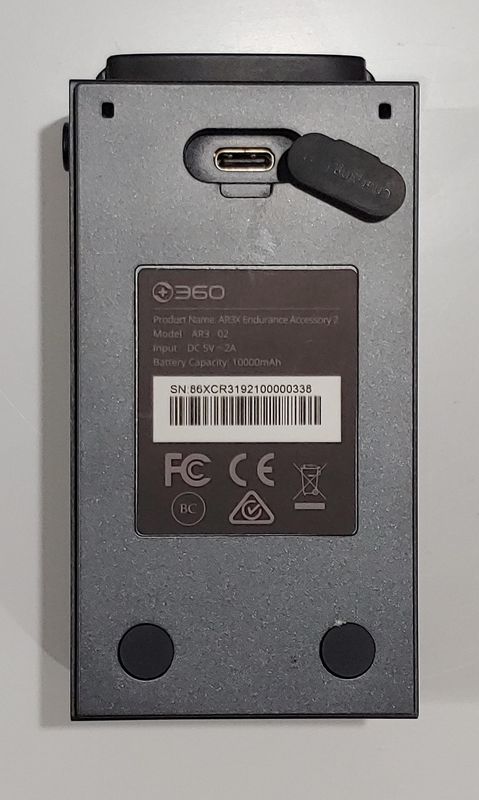 Because the camera has a 162 degree field of view, a 15 degree mounting bracket is included to permit the camera to capture the full profile of the adjacent wall. The bracket may be positioned in either direction and includes holes for a electrically powered connections to be fed through.

The doorbell must be removed to charge it if it is not using the electrical connections from the house or the auxiliary battery. In that case, the doorbell has a hidden button for removal with a special tool that is included with the doorbell.

The latest firmware for the doorbell includes provisions of using the doorbell with an existing chime that is either digital or electromechanical.

The 360 Video Doorbell X3 uses the Botslab app to communicate with the doorbell. There is no web access or a native way to run the program on a computer. After the program is set up as described above the program starts with a gallery of devices it supports. The gallery view of the doorbell includes a battery indicator, the last video recorded, and shortcuts to the live view, events and settings.

The live view allows for the user to use the doorbell as an intercom, turn on or off the sound, record a clip of what is being played to the local mobile phone, take a snapshot to the local mobile phone or change the resolution. The view also displays the instantaneous transmission speed. A button at the bottom of the screen takes you to the events log.

The events log shows all of the events that have occurred during the day and starts to play a preview of the recorded event on the top half of the screen.

The list of events may be dragged up by the handle in the middle of the screen to get a longer list of captured videos.

The list may be filtered by starting date, the type of detection, and by the person in the video recording. The types of recordings include all, rings, person, motion, remove (of the doorbell), pet and package. The pet and package types are beta releases, Only one type of these filters may be selected at one time.

There is also a face-id filter on the cloud recordings (but not the local recordings). Face-id options are not populated instantly but after several videos are recorded. If several images of the same person are recorded they may be merged into one entry.

The local memory is 8GB which equates to about 300 minutes of video. Videos may be downloaded to the local mobile but only one at a time. However, the videos may be selected in bulk and deleted in bulk. While 360 does advertise that a subscription plan is not required, without the plan the face-id will not function. The screenshot below shows the two tiers available.

There are quite a bit of device settings available for the doorbell. The doorbell name and location can be changed to make it easier to identify items on the app but this is not shared with google or Alexa.

The doorbell may be shared to trusted individuals and there are three levels available for using the doorbell.

There is a snooze feature to pause notifications in case there is an abundance of notifications, like many people going in and out of a home on a holiday or while housework is being performed.

The type of event alerts pushed to the notification window of the mobile can be selected from either person detection or motion detection.

The 360 Video Doorbell X3 supports a siren mode if there is loitering for a certain amount of time in front of the door between certain hours. This feature seems a little gimmicky but it would be more useful if there was an alert or an action that could be tied to it, such as turning on the lights.

There is also an anti-theft siren which is a little pointless since anyone who removes the doorbell knows that they are doing it and knows that whomever the doorbell is registered to will get an alarm. It would be more useful if the device was disabled with an unauthorized removal until a reset code is entered into the app.

The motion France is tested in the next section, but basically, there is a selectable distance and signal strength that can be programmed to start the recording.

The camera can also be set up with a private area that will blackout a section of the video and will not record data from that area either. It is different than a no-trigger zone, which the camera does not have. Since this doorbell uses radar instead of pixel movement a no-trigger zone does not apply to this system.

There are some settings for the existing door chime. For systems that are designed to provide a specific current in response to a ring, the 360 Video Doorbell X3 has four choices for current to provide compatibility with the existing chime.

If an existing chime is not installed the doorbell and the base can play a variety of tunes, including some holiday-themed tunes.

The settings page has a menu dedicated to choosing if the camera’s built-in WDR is used and if the night vision mode should be used.

The settings also include a way to format the storage in the base station. while the app states that there is a microSD card in the adapter, I took a quick peek inside and there does not appear to be memory outside the microprocessor.

The microphone is very sensitive, I can hear the ticking of a clock through the speaker of my phone as it I transmitted from the doorbell inside of the house.

The speaker is loud and clear when used as an intercom.

When the doorbell was set to a 30 ft range and at a sensitive level the doorbell started recording at around 20 ft. When walking across the field of view 25 ft away the doorbell did not detect motion.

Here is a sample video of a recording

The 360 Video Doorbell X3 combines technologies in a new way to approach a problem from a new direction – how to accurately get only the “important” video recordings from a street and sidewalk of moving people. Including great video, load speakers, great looks and good features makes this an all-around great product. If you’re tired of answering the door the old fashioned way pick up a 360 Video Doorbell X3 and start!