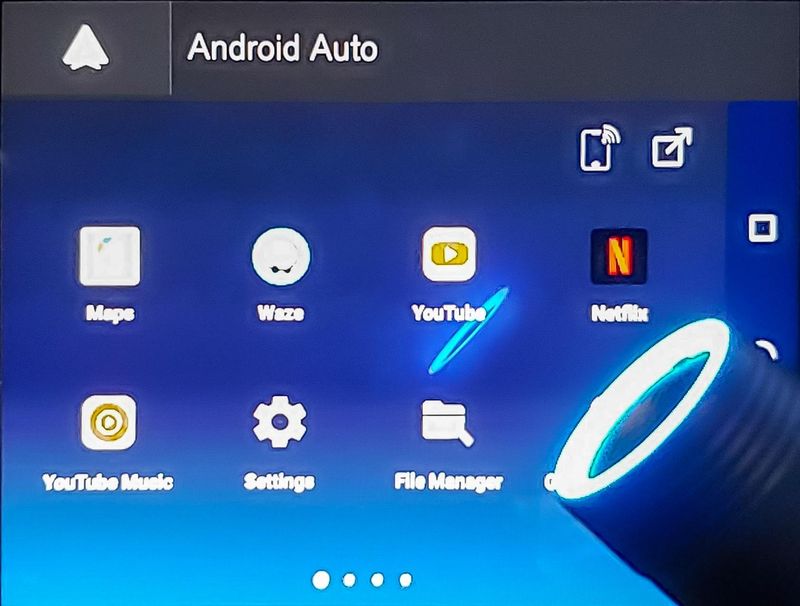 CROWDFUNDING REVIEW – Many vehicles support Android Auto or Apple CarPlay on the infotainment system. These interfaces only support a limited number of apps and operating modes. The CarPC AA dongle uses custom software to permit a full Android experience in your car. I have one to review. Read on to see what I think!

The CarPC is a USB device that plugs into the USB interface to a car infotainment system. Once the CarPC finishes the boot up sequence the car should recognize the CarPC as an android device and should allow the Android Auto app to communicate with car.  The CarPC AA uses a customized Android Auto application on the device to display a customized launcher on the car screen rather than the standard Android Auto user interface. The launcher includes a Google Play Store app so that a wide variety of the millions of Android apps can be used on the device. The device also includes GPS, accelerometers, Wi-Fi, Bluetooth, and a microphone.  In addition, the device includes a slot for a micro SIM and a microSD. 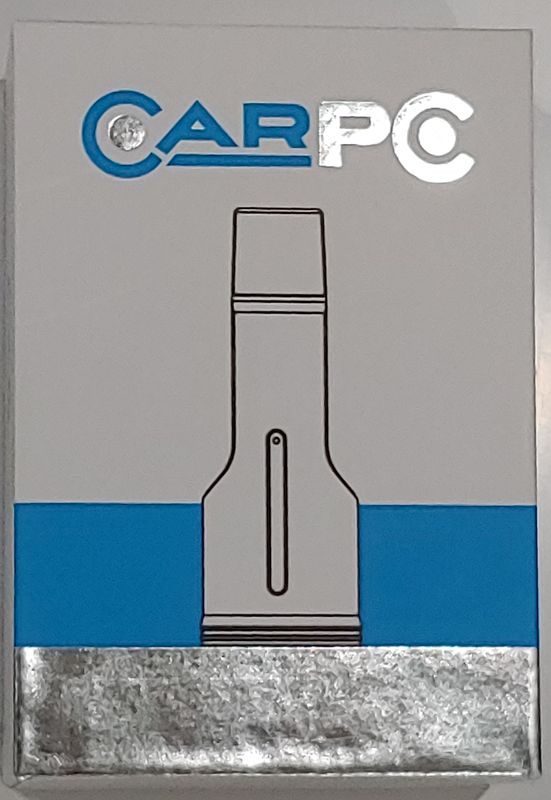 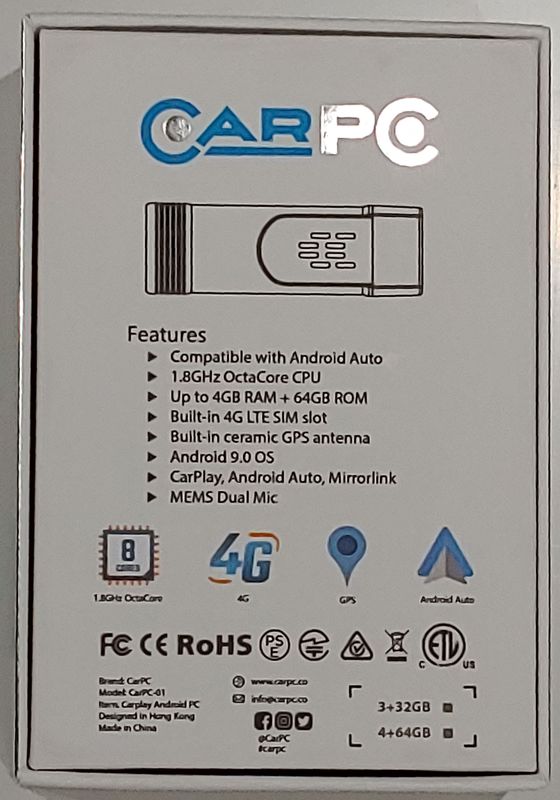 The CarPC dongle is packaged inside the box in some bubble wrap. There is no other letter or instructions that comes with the device.

Before installing the CarPC into the car you may want to install a microSD and/or a micro SIM card into the device. the unit I am evaluating does not support SIMs but I installed a SIM so that the proper positioning can be shown. The CarPC can read up to 128 GB of storage. 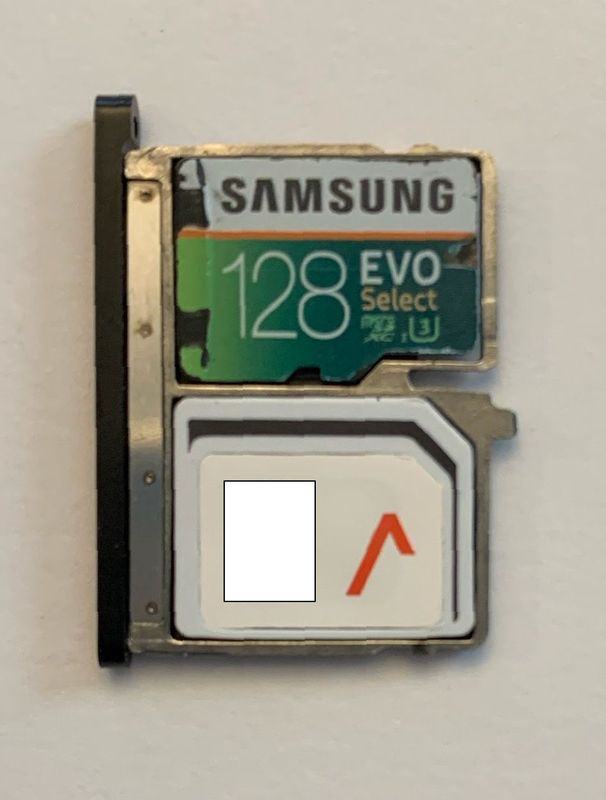 When installed into a USB port on the computer the device will mount the microSD drive. 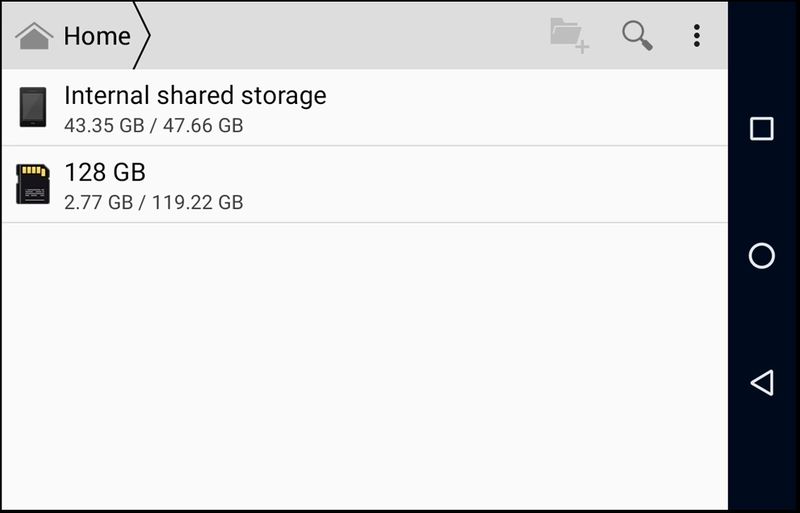 The included Youtube Music app will even play .flac audio through the vehicle’s Bluetooth. 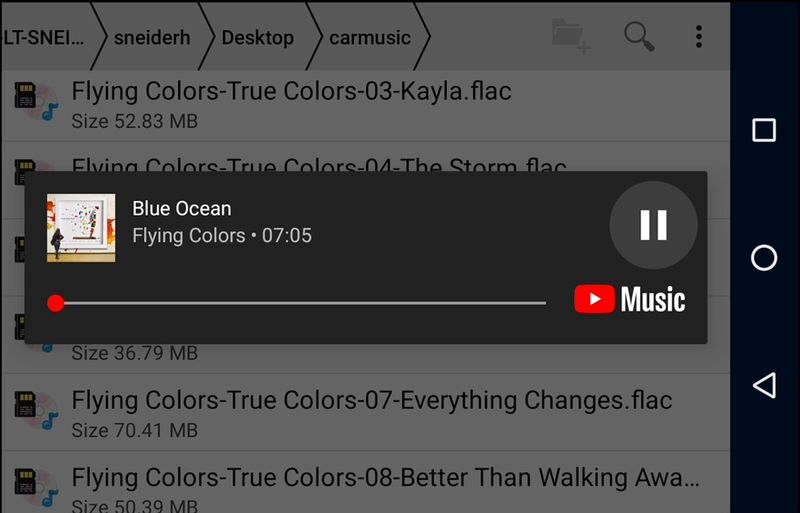 The CarPC website describes a simple plug and play setup in order to get the device working, but my experience was more complicated. There are three states to the LED ring, blue pulsing, blue solid and orange. I’m not sure that the system needs to be in a particular state but I couldn’t figure out when it was the appropriate time to start the android auto app. I kept on getting a message that I needed to “connect a compatible device”.  I wasn’t sure the device was even working at all. Fortunately, the device shipped with USB debugging turned on and I was able to use scrcpy to view the screen on my laptop. After connecting the device to my computer I was able to finally connect the device to my car. I tested the device on a 2018 Volvo XC90 and a 2021 Subaru Forester.

Once the device is connected the first thing to do is set up the settings app. Setting the wireless access is easy and can be done through WI-FI or Bluetooth. For bandwidth sake, WI-FI connection is strongly suggested. 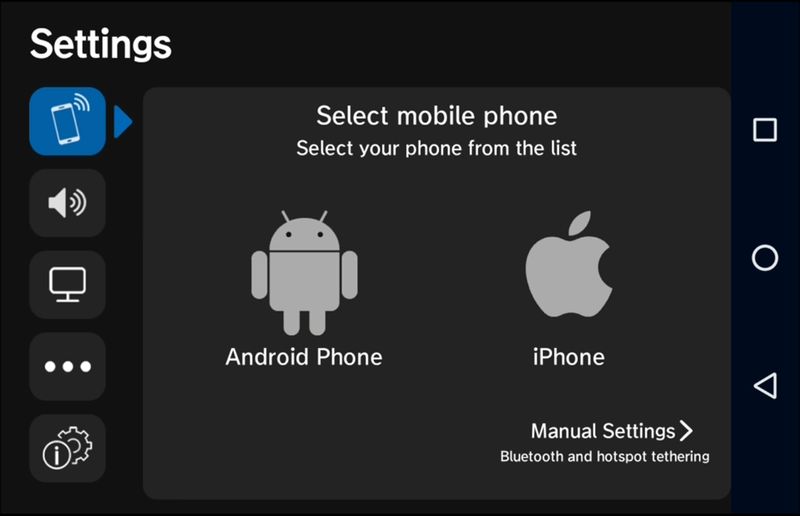 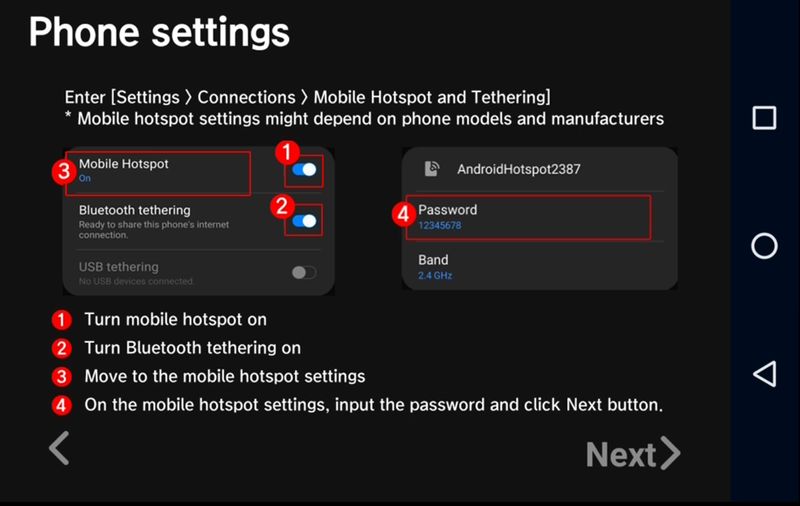 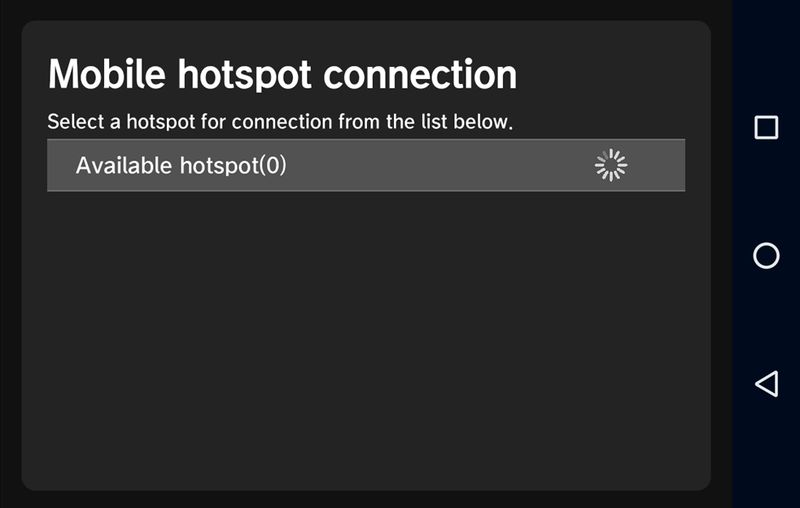 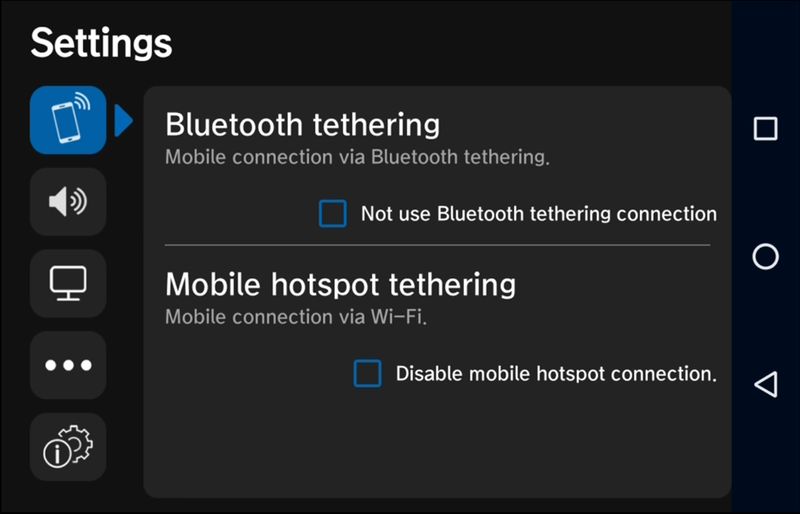 The app has settings for connecting the wireless, setting the time zone, and making other personal settings. 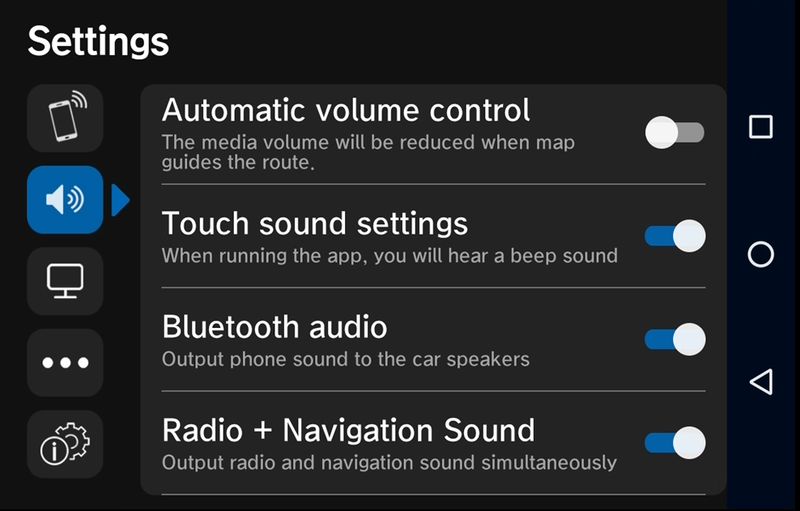 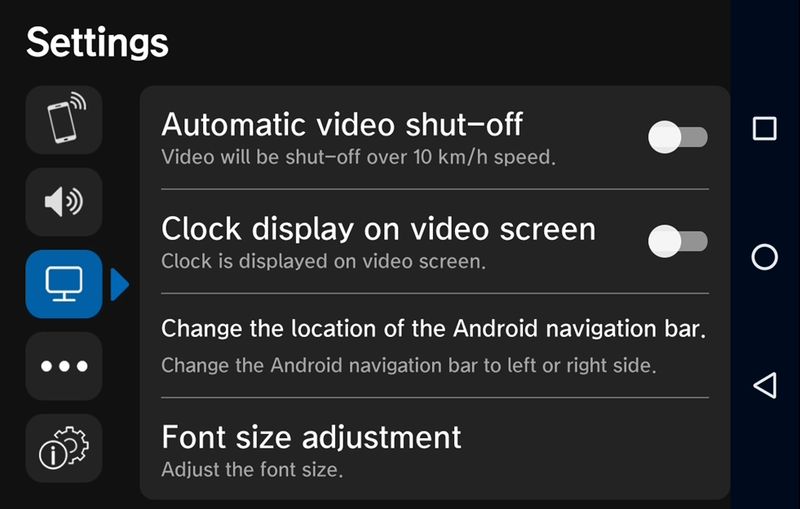 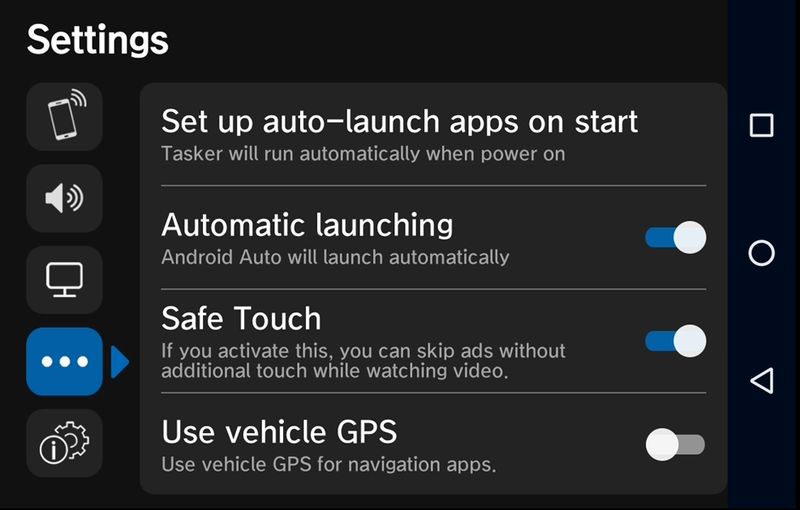 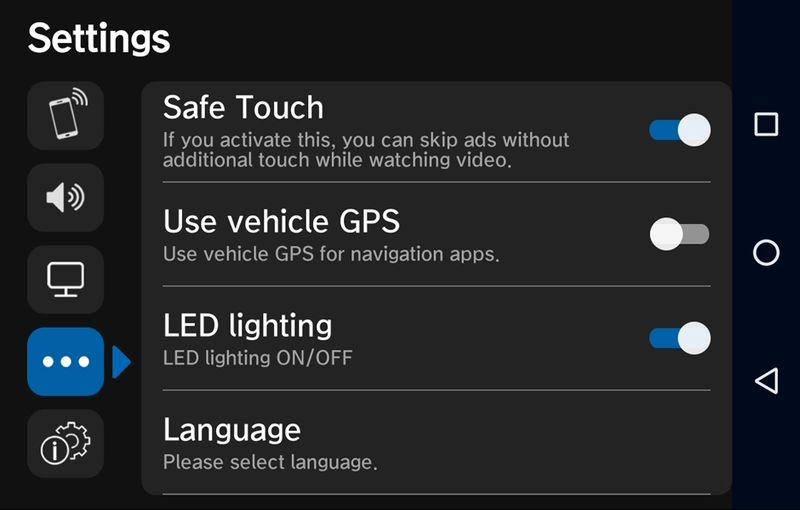 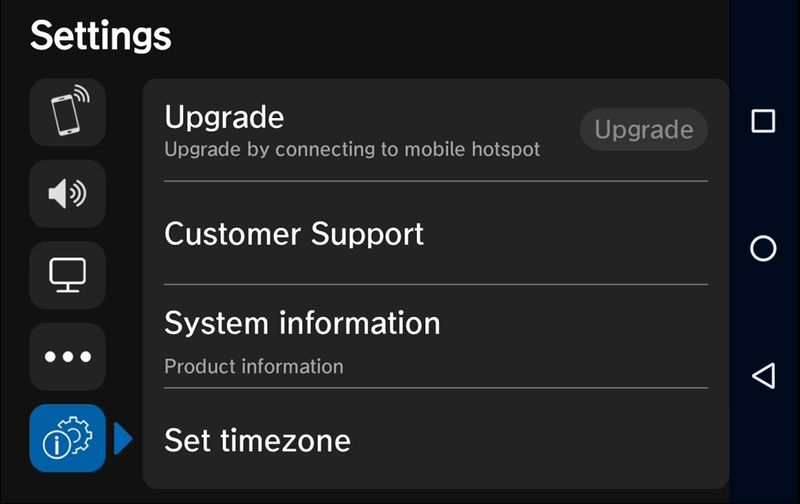 I recommend installing Date and Time Settings Shortcut which allows access to the Android 9 settings app that is not otherwise available on the launcher. This will allow access to the menus for Bluetooth, WI-FI, applications, and other settings that are part of the operating system. 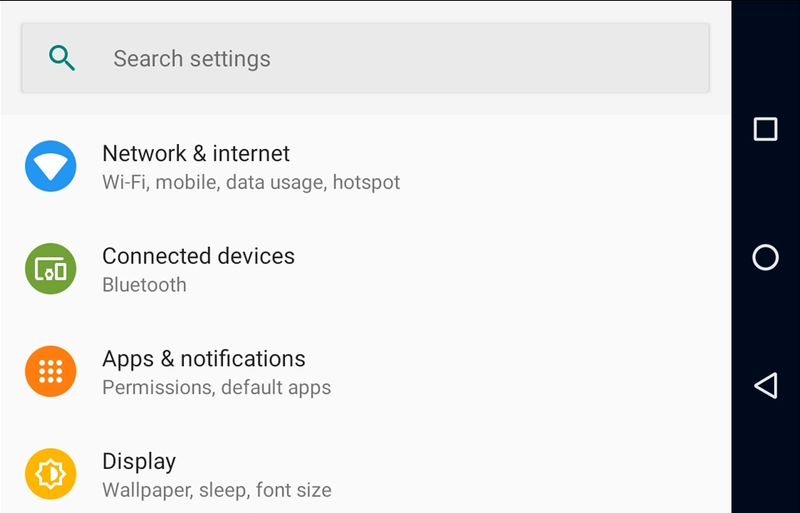 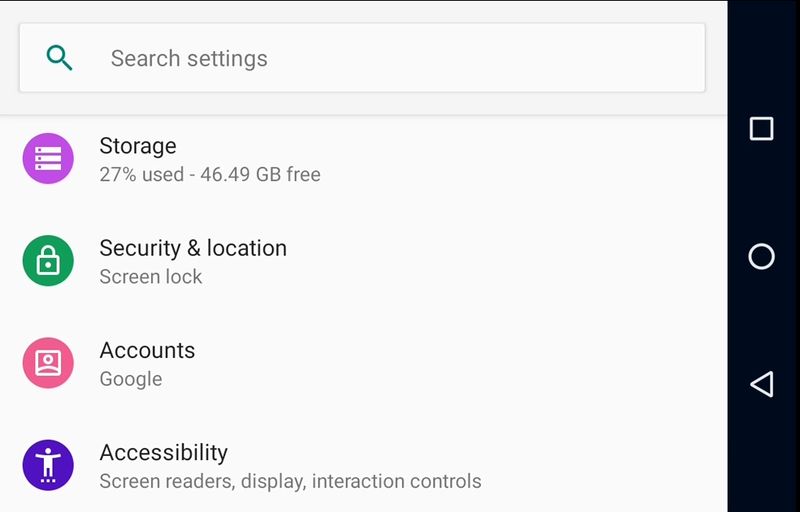 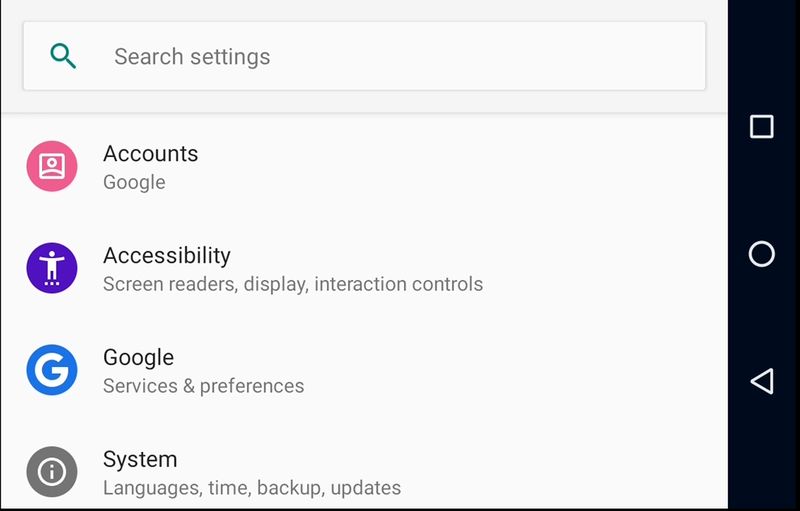 The CarPC looks like a gigantic USB stick. It comes with a protective black cap that clips into place with a satisfying tactile snap.

Without the cap the end of the CarPC is a bit oversized. The CarPC probably blocks an adjacent USB port if your vehicle has one.

The USB side has some foam rubber to keep it in place when it is plugged into the car but some New England pot holes can cause it to come loose. Since my USB connection is below the arm rest I used a USB extension cable to connect the dongle and it stayed connected on all my drives. 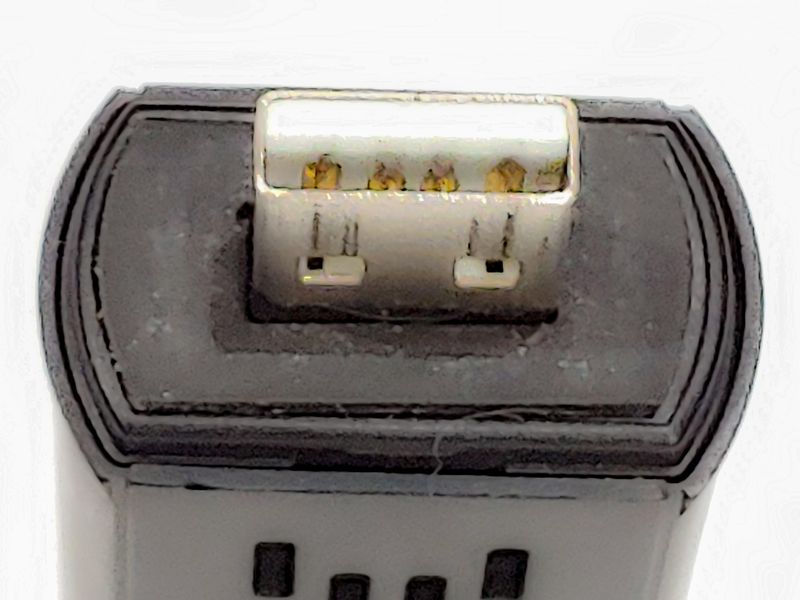 The end of the dongle has a small opening for a microphone. The Google app was able to interpret my speech while driving with the defrost on and GBoard worked very well with it too. 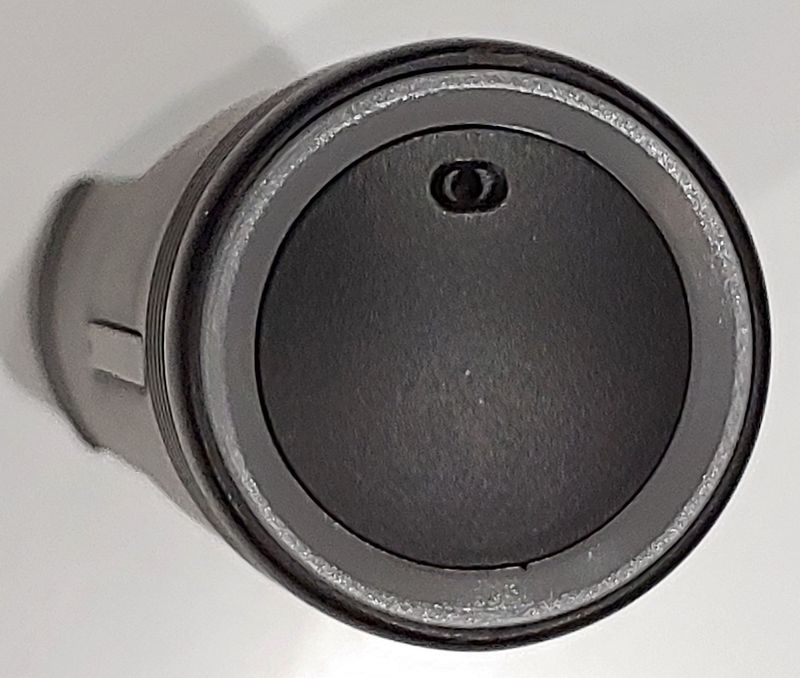 The end of the dongle also has an LED beneath a circular ring that can either glow orange, cyan, or breathe cyan. There are no instructions as to what each of these states indicate, although I believe that breathing blue indicates that the system is starting. 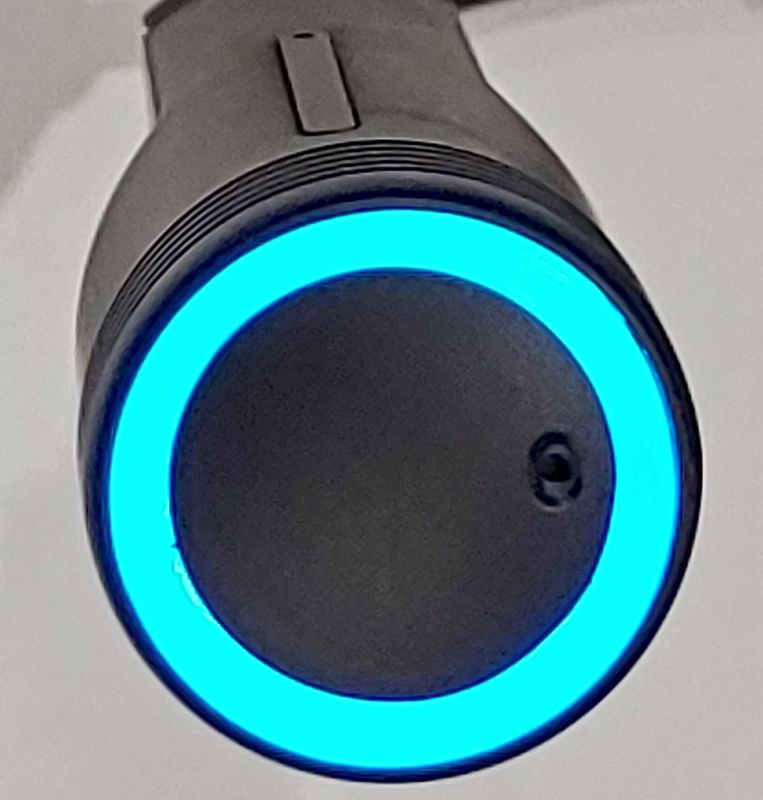 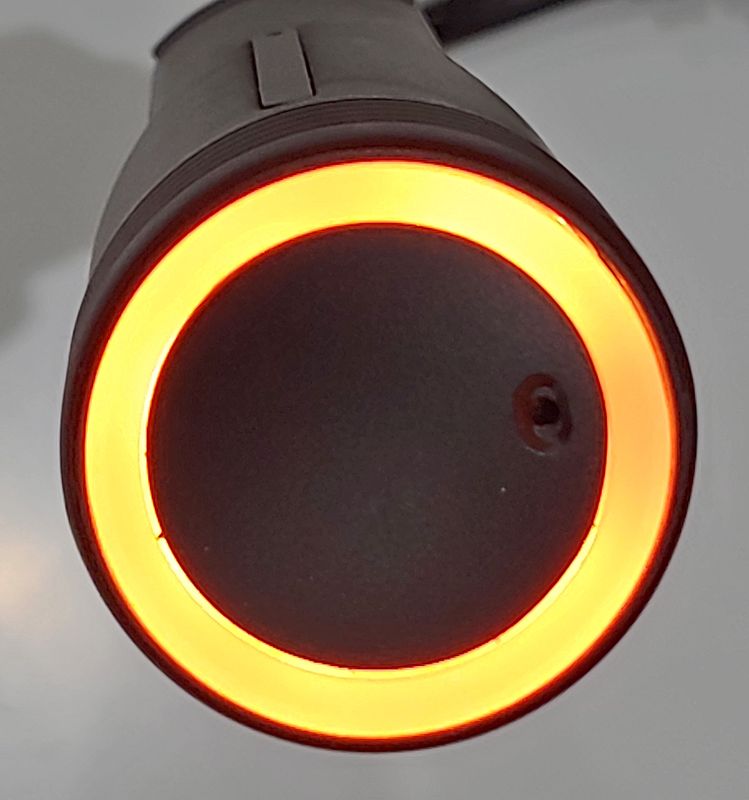 Using the CarPC is very similar to using an Android phone and is very intuitive, even while driving. The CarPC offers an unrestricted use of the Android operating system. It is up to the user to comply with the laws in their state and to exercise caution while using the CarPC. The CarPC has a few apps to make it easier to use the device while driving.  In the settings there is an option to turn on a feature called “Safe Touch” that will automatically dismiss ads in YouTube as soon as possible without intervention from the driver. There is also a feature to shut off video above 10 km/hr.

The built-in Nitro launcher works well for use while driving. The application icons are nicely spaced out and can be configured to produce a chime when selected. 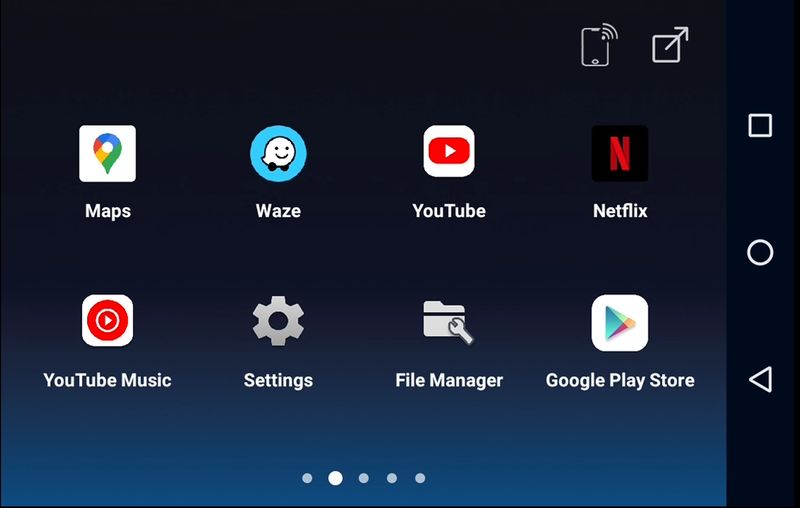 A long press in the icon will produce a menu that can be used to delete the app. 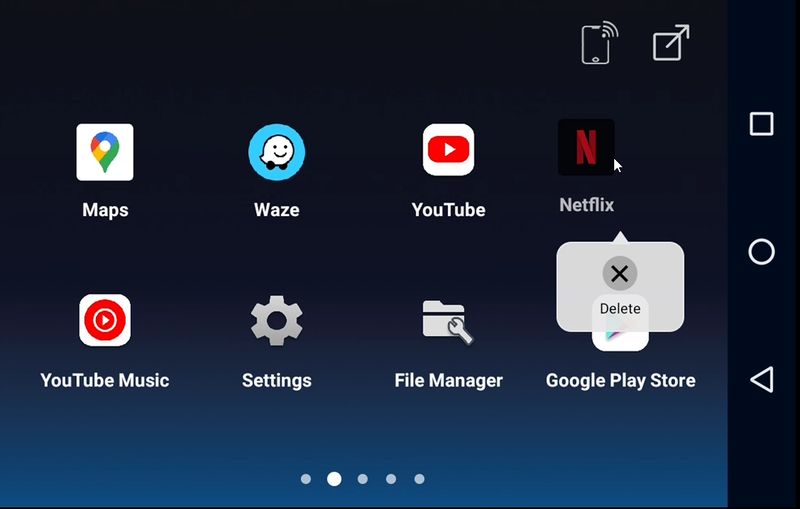 Pushing the Overview/Recents button will display all the running applications. Swiping up on this screen will close the app and long pressing the app title will allow selection of apps to be used in  split screen view. 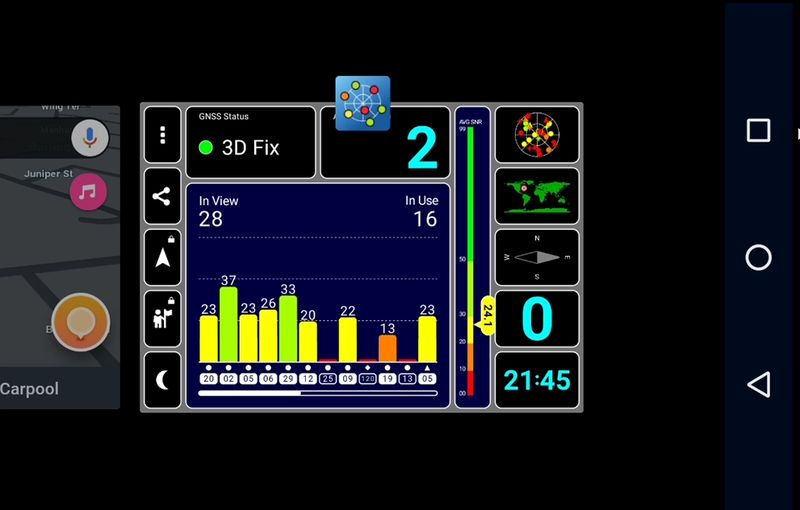 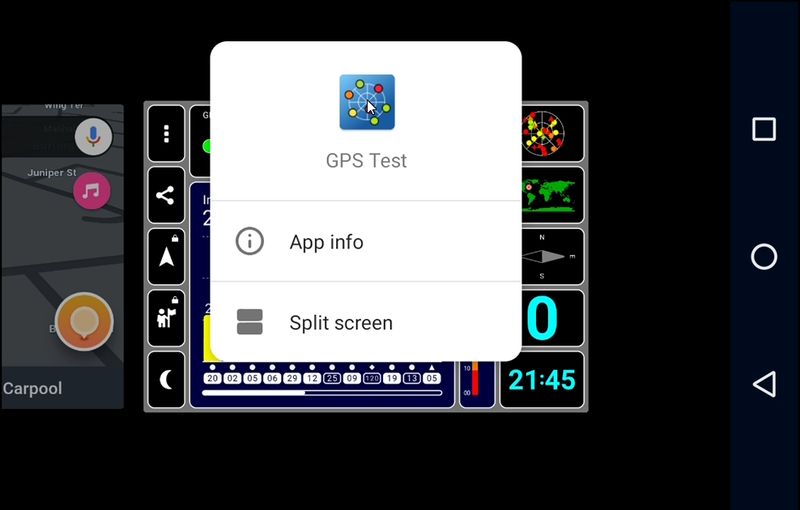 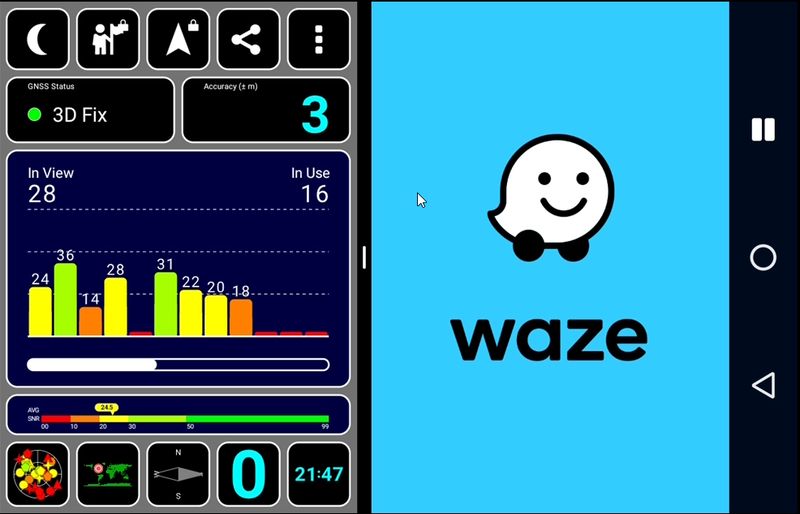 If an application is full screen then there are a couple of carrots that are drawn at the bottom of the screen to get the Android buttons back in view. 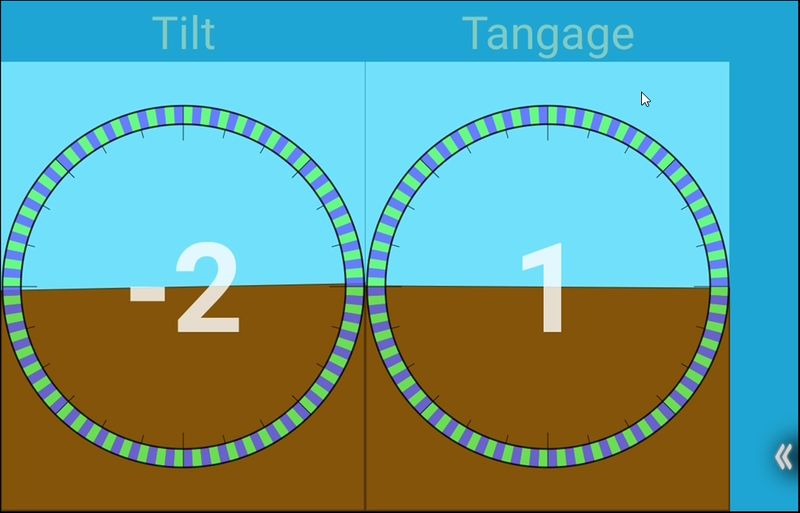 The CarPC comes with Google Voice assistant turned off and the best way to turn this on is to search for Google in the Play store then open the app from there. The launcher that CarPC uses is great for the road but is not set up to use widgets. The Niagara launcher also works well with the resolution available to Android Auto devices and will also permit access to widgets and the full inventory of installed applications.

Android Auto in the vehicle will default to using the connected device as the primary source for audio and a phone but it is possible to use another device connected to the car Bluetooth as an auxiliary audio input. So even though the CarPC is the phone attached to the vehicle, it is still possible to use the vehicle’s microphone and speakers to communicate with the user’s main phone.

I did have difficulty connecting the CarPC to a Bluetooth dongle for the ODBII connector because the screen that asks for the passwords is quickly hidden on the CarPC.

The CarPC takes about a full minute to get to the point where it can be used. This isn’t normally a long time for a device, but we tend to like to use things in our car as soon as it starts. It would be great if an add on battery pack could be developed to keep the CarPC powered on standby for between 12 and 24 hours.

The GPS system is quick to obtain coordinates and seems to track well. One issue is that the gyroscope assumes the position of the device is mounted with the LED parallel to the road and the microphone towards the rear of the car. Mounting the device any other way will give incorrect results in the map application’s bearing calculations.

Wi-Fi is also quick with a strong 5 GHz connection. The CarPC also allows hotspot creation itself so that if there is a desire to have a persistent hotspot in the car, for a dashcam for instance, then this device can serve that purpose.

The CarPC scored a paltry 74250 on Antutu. Graphics rendering was the major deficiency, where individual frames discretely scrolled down the screen. The other scores were low too, but the video decoding looked decent enough. The rendering should be sufficient for any of the mapping software that may be used on this system. Actually, despite the low rendering scores its actually possible to play Shadow Fight and other GPU demanding games.

The CarPC has some quirks, but is a unique device that permits running applications that have not been developed or approved for Android Auto. While using this device requires that the driver understand the risks of accessing and displaying information, providing the information on the vehicle infotainment system is perhaps a safer alternative to using a phone while driving. If you feel that there are applications that you would like to access on your infotainment system that is not currently supported on Android Auto then the CarPC is perhaps the easiest way to get that capability.

Price: $100.00
Where to buy: CarPC and Kickstarter
Source: The sample of this product was provided by CarPC.