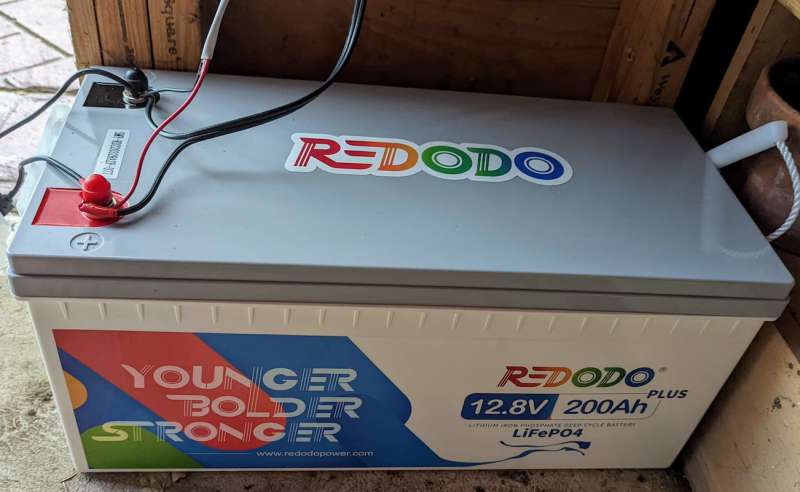 REVIEW – Before the pandemic when I worked in an actual office, our building was powered by the largest solar array in our state.  We could park our cars under it, since it covered the parking lot.  If you had an electric vehicle, you could charge it up for free.  I really enjoyed knowing that the energy I was using at work was largely carbon-free.

When we switched to work-from-home, I missed that, so I decided to reproduce what I had in the office, on a much smaller scale.  I built a solar work-from-home setup.  One of the main components of any off-grid solar system is a battery.  So in this review, I’ll be reviewing the battery I’m using in my setup, the Redodo 12V 200Ah Plus LiFePO4 battery.

If you are looking to build an off-grid system, a van-life setup, a solar shed, or add solar power to your RV, this would be a great battery to consider.

The Redodo 12V 200Ah Plus LiFePO4 Battery is a battery.  A big one.  Not one that can start your car, but you could power a big chunk of your house with it, for a while.  It’s a newer battery technology using lithium iron phosphate (LiFePO4), which has a lot of advantages over traditional lead-acid batteries.  It’s the same battery technology now used in electric vehicles. The Redodo brand is a rebranding and update of the popular Zoom batteries. 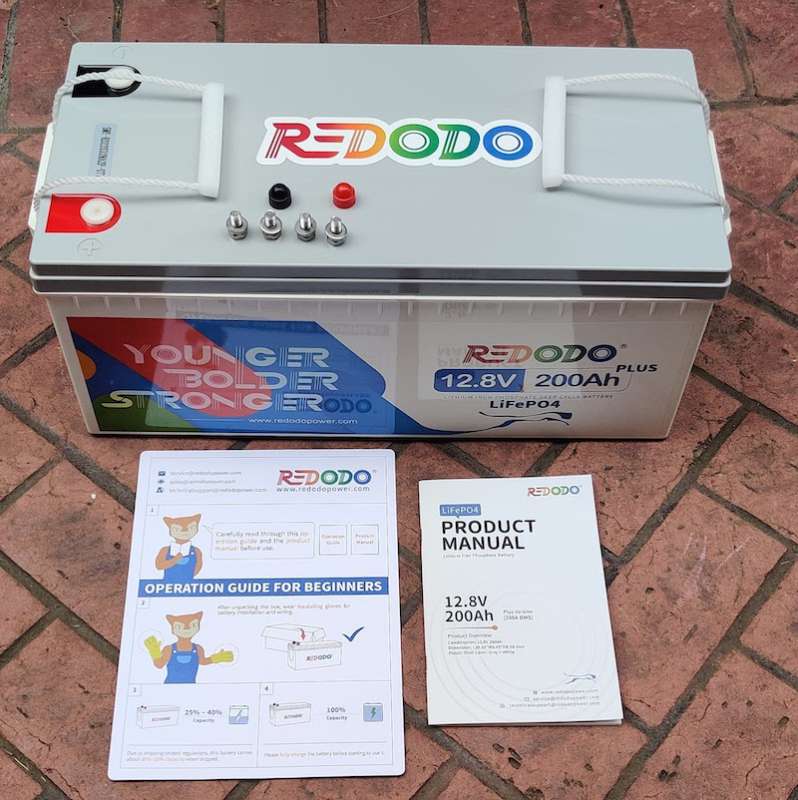 Perhaps the best feature of the Redodo 12V 200Ah Plus LiFePO4 Battery is its value.  Battery prices tend to be compared by looking at the price per kWh. The price for LiFePO4 batteries has been falling dramatically over the last decade, largely driven by the increase in electric vehicles and the increased scale of battery production. For the last few years, most LiFePO4 batteries had cost between $300 and $400 per kWh.  At a price of $729, this battery comes in well below that, at $285 per kWh.  This is using grade-A cells, quality components, and a robust build.

The Redodo 12V 200Ah Plus LiFePO4 Battery is pretty large and weighs about 50 pounds.  This is a LOT less than a comparable lead-acid or AGM battery.  The battery has nice rope and plastic handles to make moving it easy, and can actually be used in any position except upside down.  The graphics on the battery are colorful and attractive, but it’s unlikely that many people will end up seeing it, as batteries are usually put somewhere out of sight.

It’s pretty hard to gauge the performance of a battery over a short time span, as performance for most new batteries is good.  The real test is over time, but that’s outside of the scope of this review.  Additionally, the performance of any battery is partially determined by the system that it’s installed in. My system is an off-grid solar system that runs our outdoor landscape lighting and my work-from home setup (laptop, monitor, speakers, phone chargers, etc).

So far, the Redodo 12V 200Ah Plus LiFePO4 Battery has performed flawlessly.  The Renogy solar controller I have is set for lithium batteries so charging from the solar panel is optimized, and my 200W of solar have had no problem keeping the battery topped up to maximum voltage.

This battery is very similar to other lithium batteries out there, and they are all generally known to perform well.  Especially when compared to older lead-acid or sealed AGM batteries.  In general, LiFePO4 batteries are much safer, are much lighter, and last MUCH longer.  Over time, this longer life makes lithium batteries a better value, and at $729, this battery expands that value.

One small gripe about the Redodo 12V 200Ah Plus LiFePO4 Battery is that the included terminal covers do not cover the entire terminal, leaving an opportunity for shorts.  This can easily be remedied with some electrical tape, but it seems like a small oversight that could have been easily corrected. 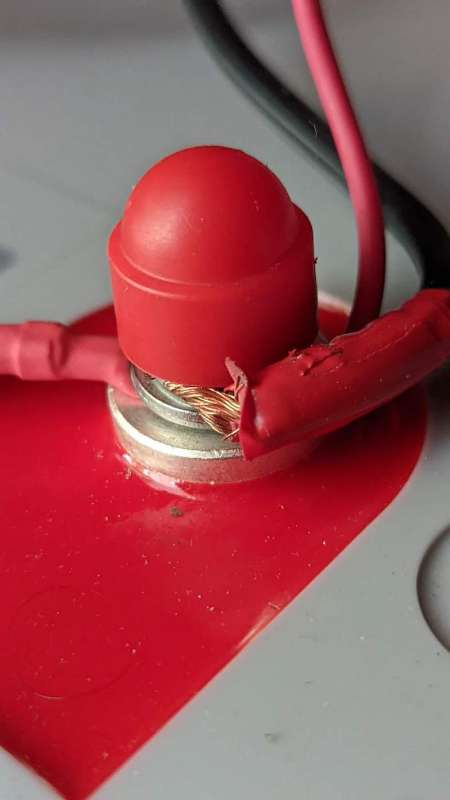 Lithium batteries are becoming less expensive, especially when considering their long life compared to older battery technology.  And as off-grid and solar systems are becoming more common in both homes, cabins, and vehicles, the benefits of lithium batteries are are needed by more people.  The Redodo 12V 200Ah Plus LiFePO4 Battery has a massive capacity at a very reasonable price (for a battery of this size) and would be a great option for a variety of applications. Just be aware that you can’t charge it below freezing without risking permanent damage.

Price:  $729.99
Where to buy: Redodo or Amazon
Source: The sample for this review was provided by Redodo Power.

18 thoughts on “Redodo 12V 200Ah Plus LiFePO4 Battery review – Power everything, for a little less.”